Check out what our naughty office elf has been up to lately!

Our elf arrived in a mystery box - and proceeded to steal all our tinsel to make himself at home! 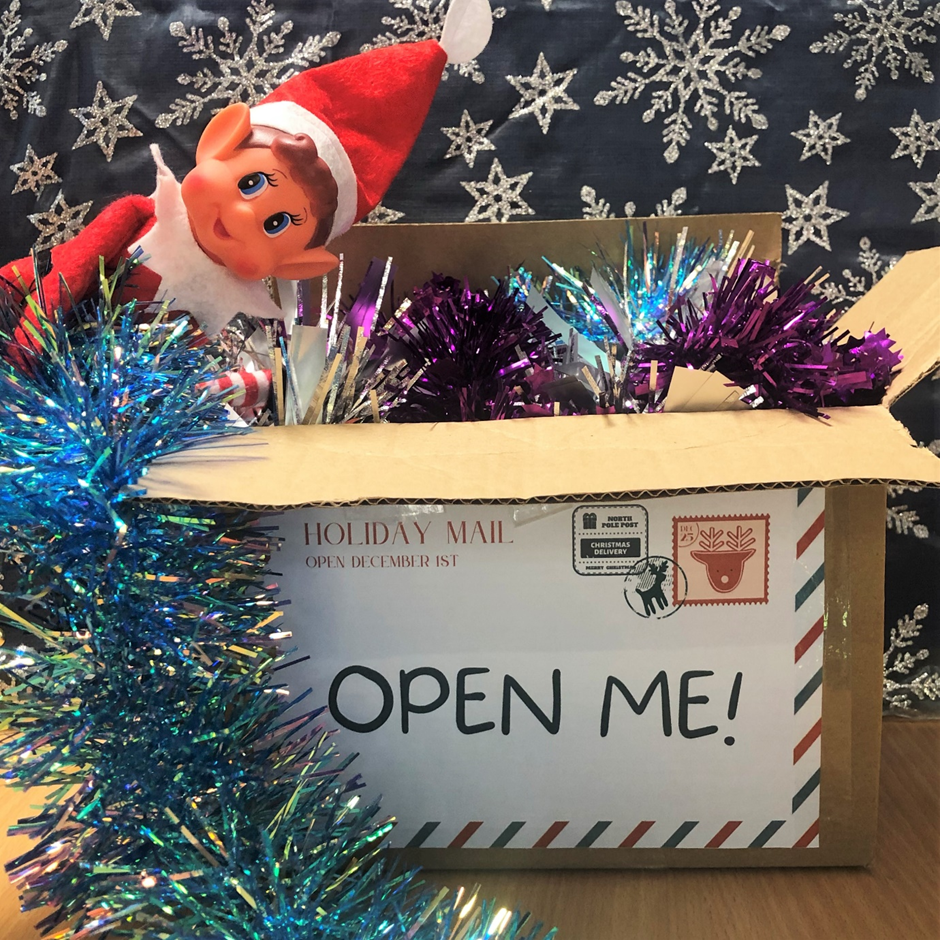 'Elfon John' has settled in quickly.. and he's bringing Christmas spirit to the office, playing all our favourite Christmas classics. Check out those glasses! 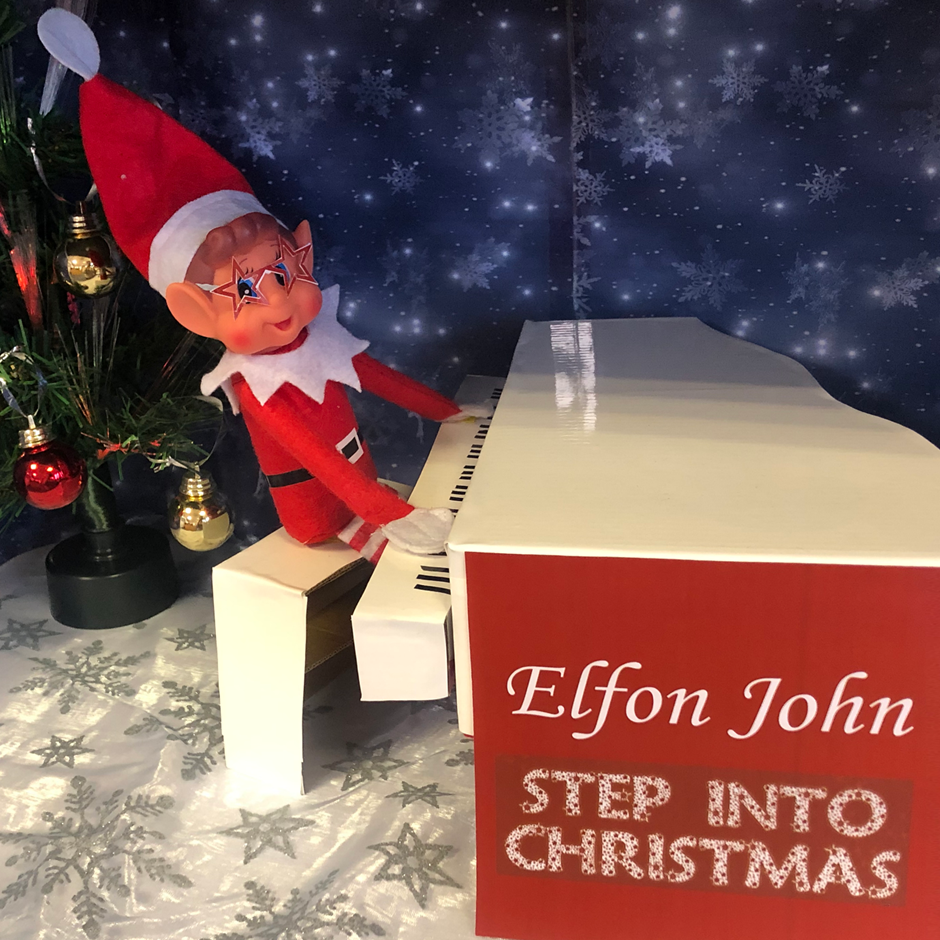 Our office got hijacked! Over the weekend, the milk 'went bad'... and kidnapped our cheeky little Christmas elf! 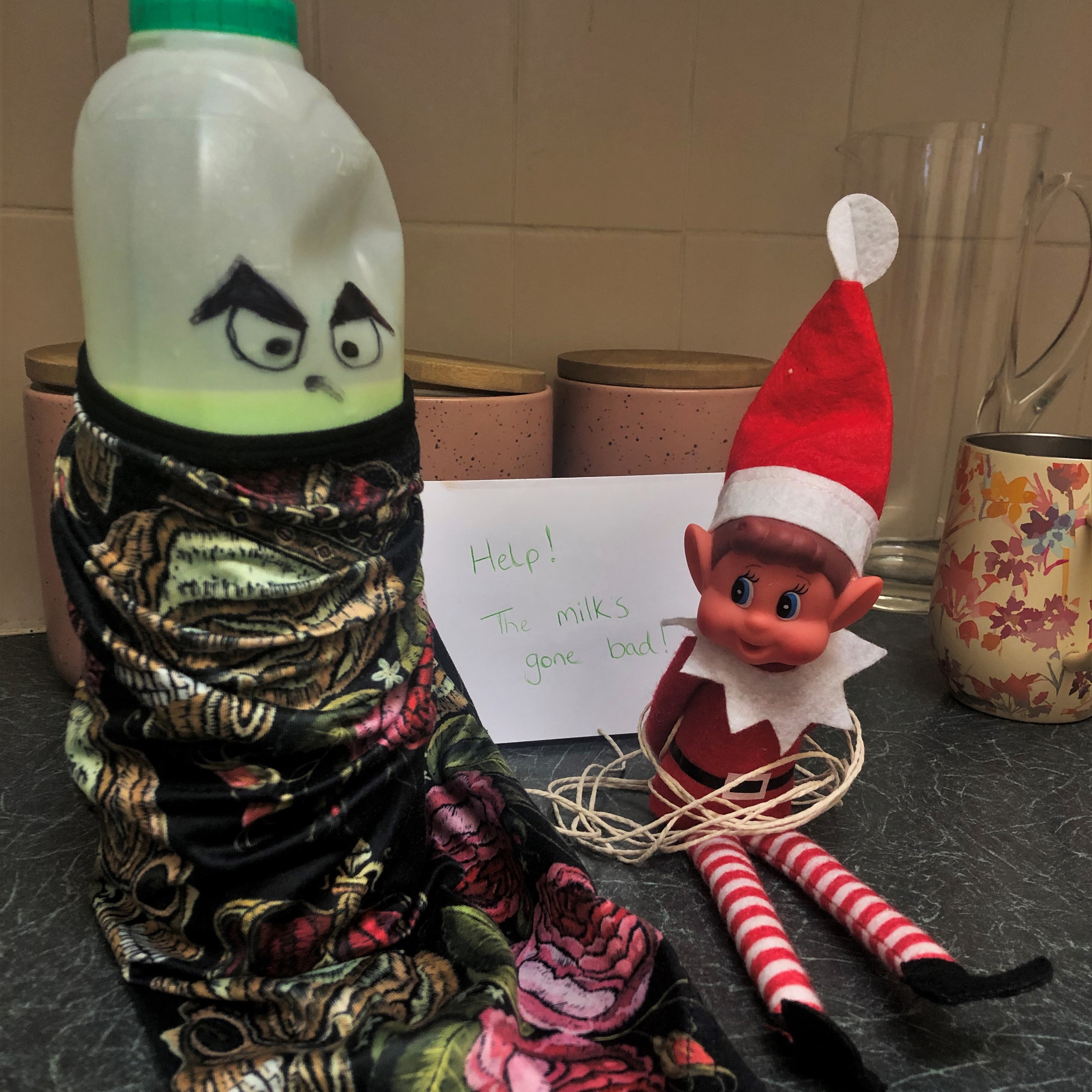 Even after we rescued him, he went and got himself stuck in the TV (clearly too excited about England v Senegal!) 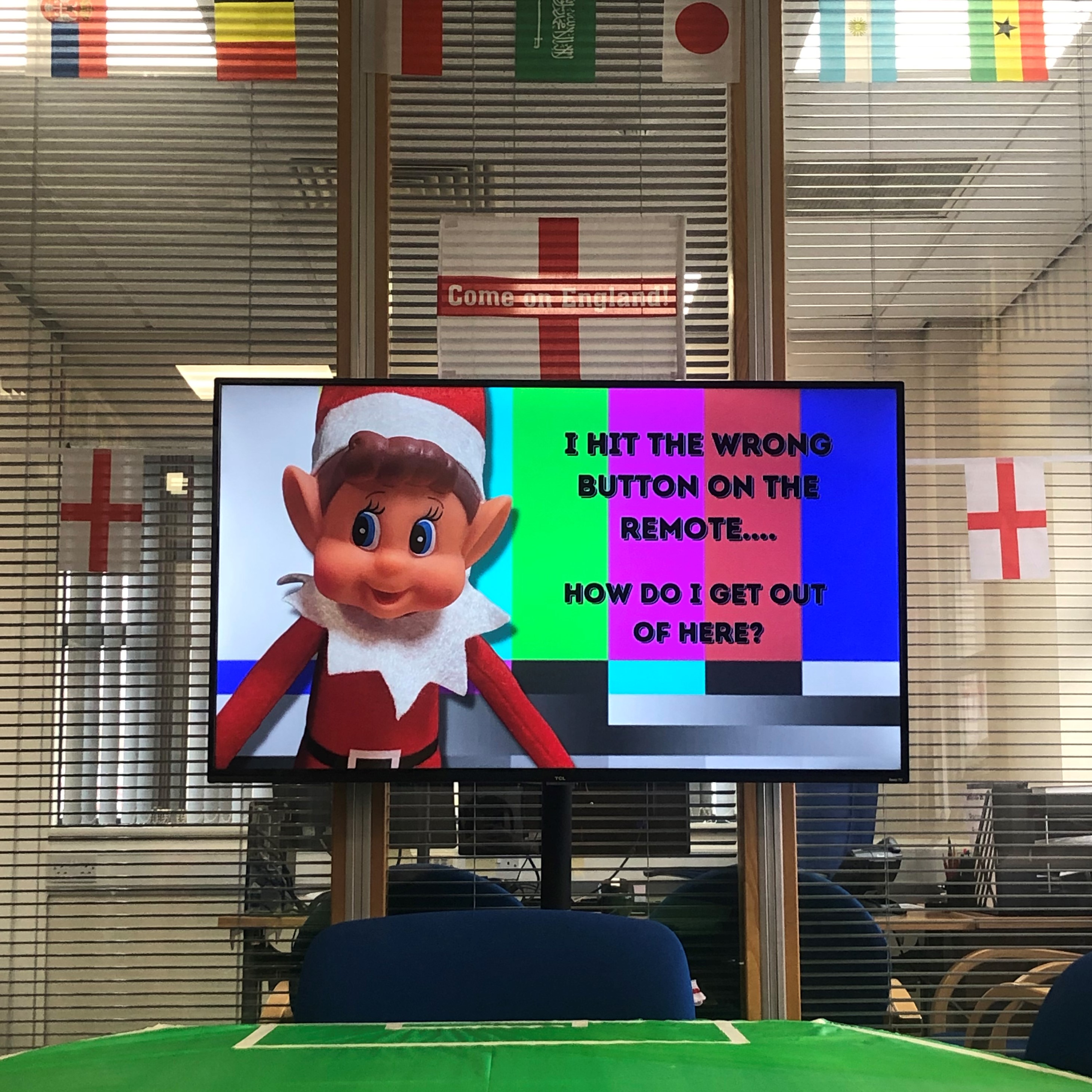 Reasons not to leave an elf unattended in the office: bum photocopies! 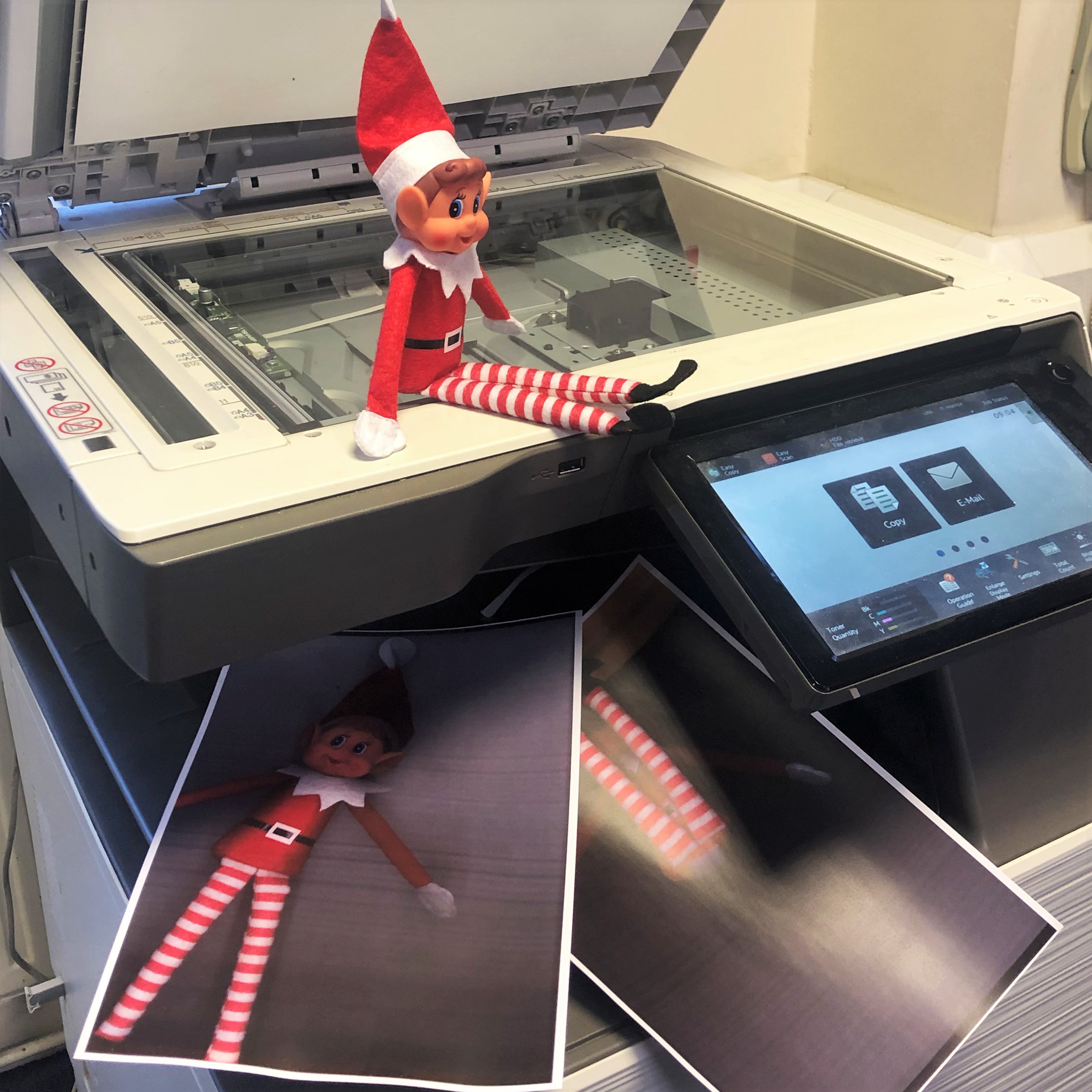 We came into the office to find twelve candy canes hidden all around... but did we find them all?
(You bet we did!)

Our elf is hard to spot amongst all his new friends! They decided to celebrate Jess' birthday with an Elfie Bears Picnic. Merry Crispmas! 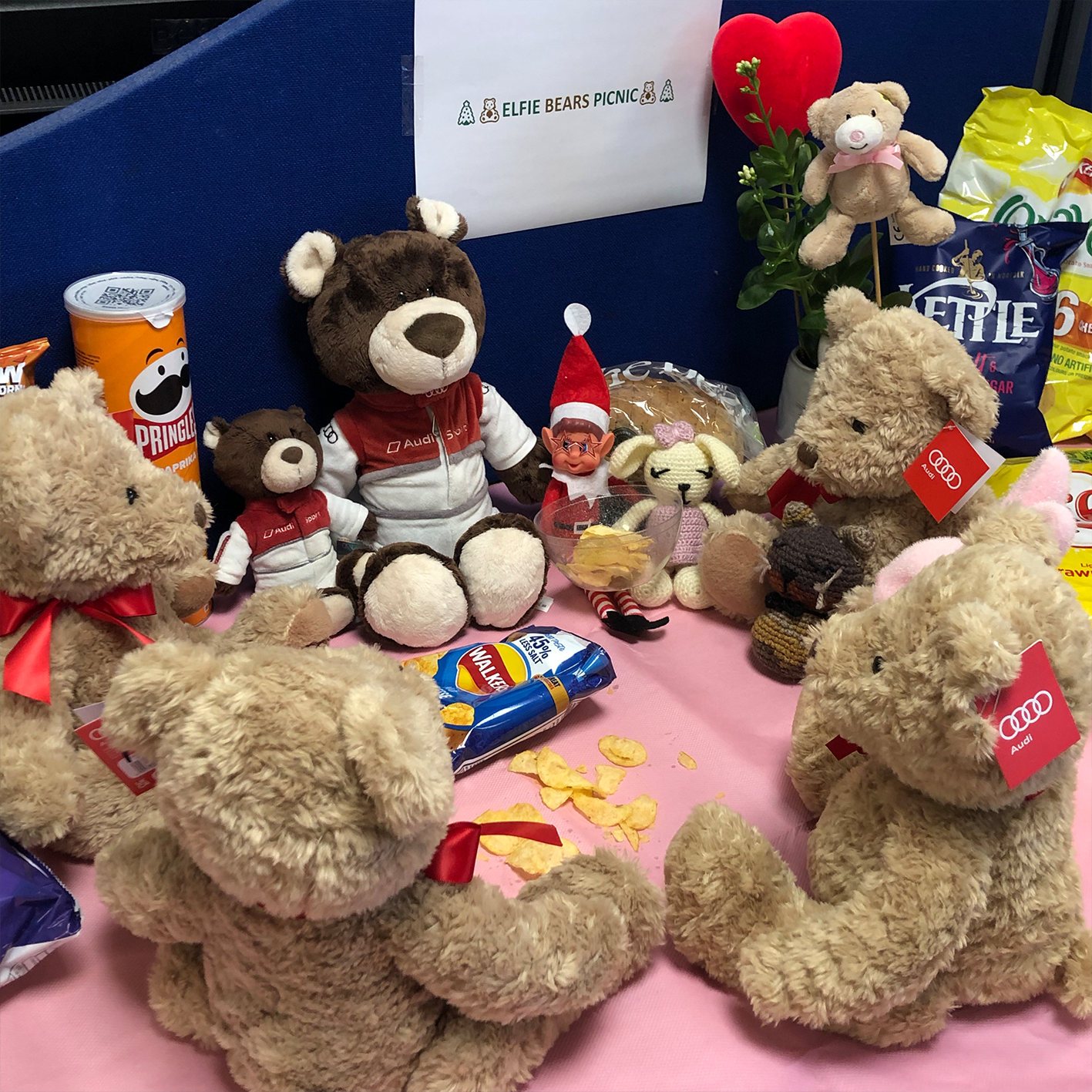 GOOOAAALLLL! Christmas celebrations became football celebrations today - our elf has broken the World Record for Most Goals Scored By An Elf! 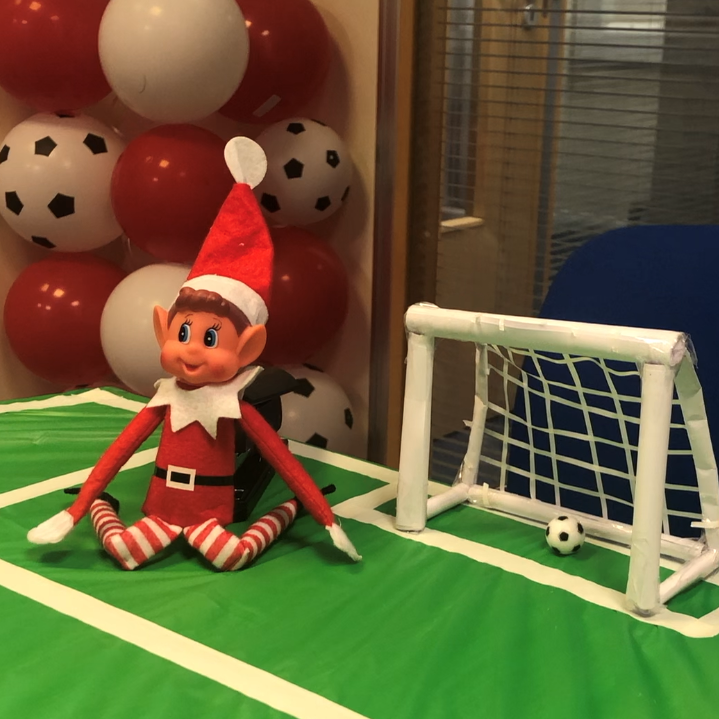 Elf was missing the North Pole - so we brought the North Pole to him! Complete with Northern lights, snowy trees, and oversized fluffy boots... jealous! 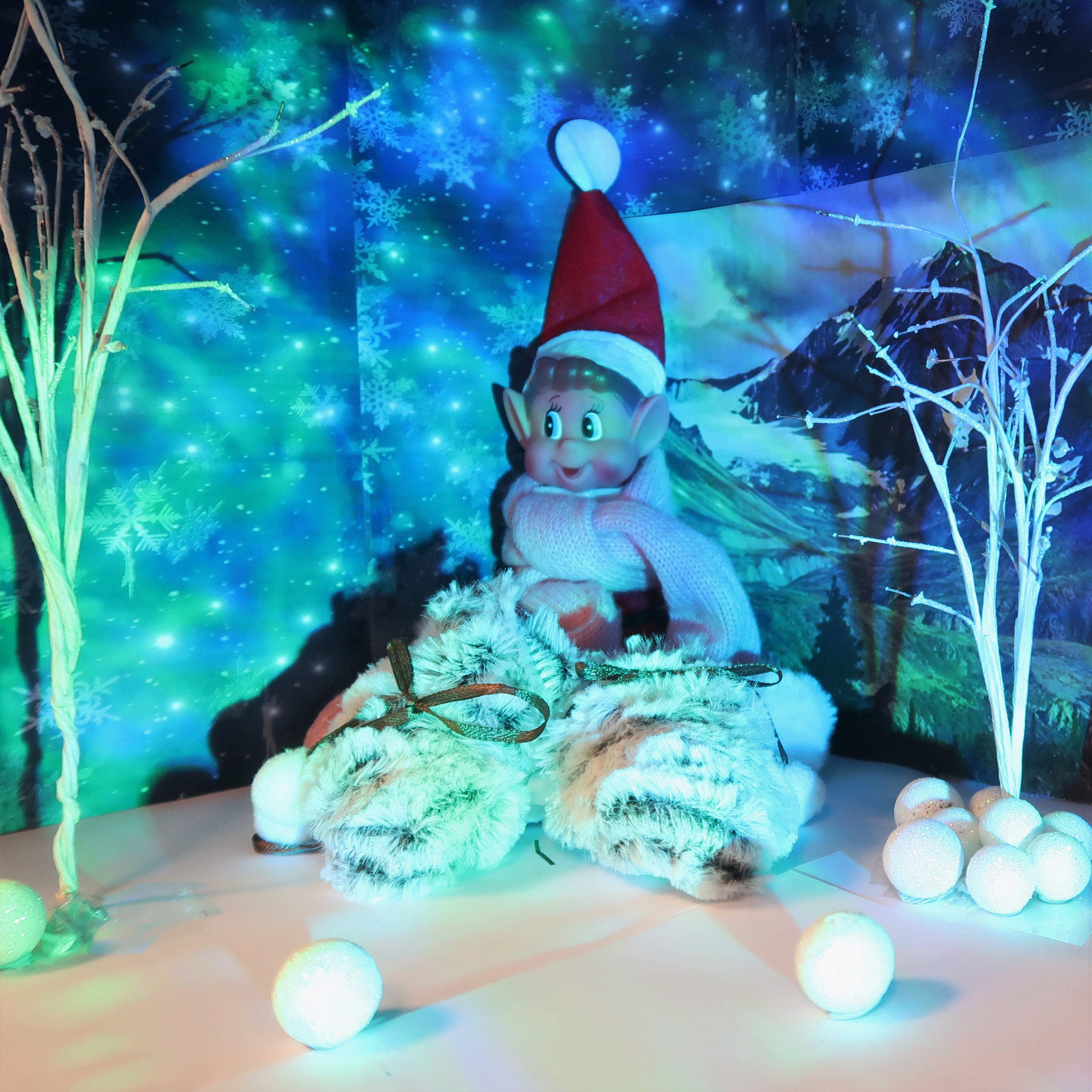 Turns out our elf knows his way around a computer – and has put himself into all of our meet the team photos. Elf showed us some of us North Pole magic today – he flew around the office in his tiny sleigh, with the help of his reindeer friends. 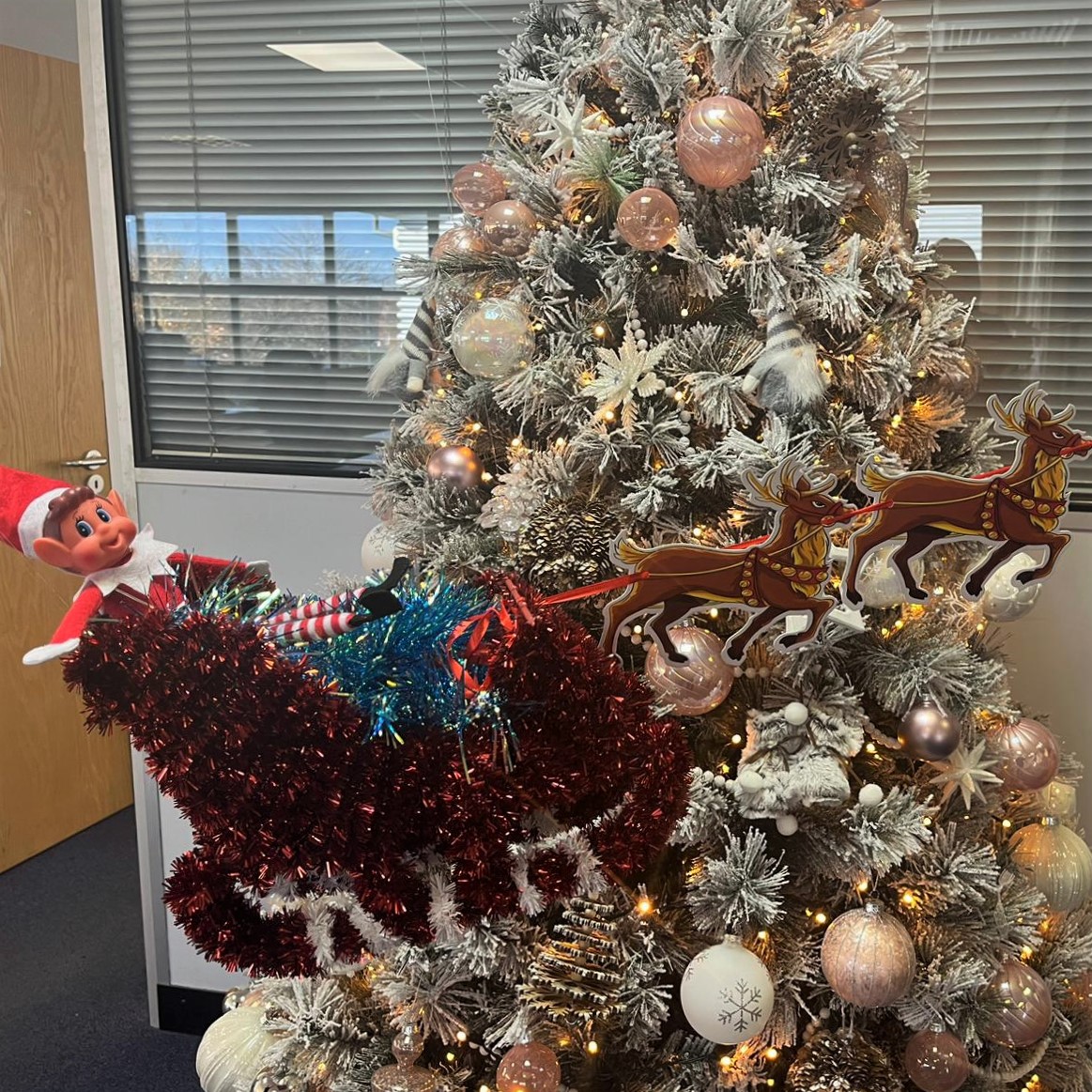 Poor Audi bear had an accident today.. luckily, Elf is first aid trained (very sensible). He fixed him right up! 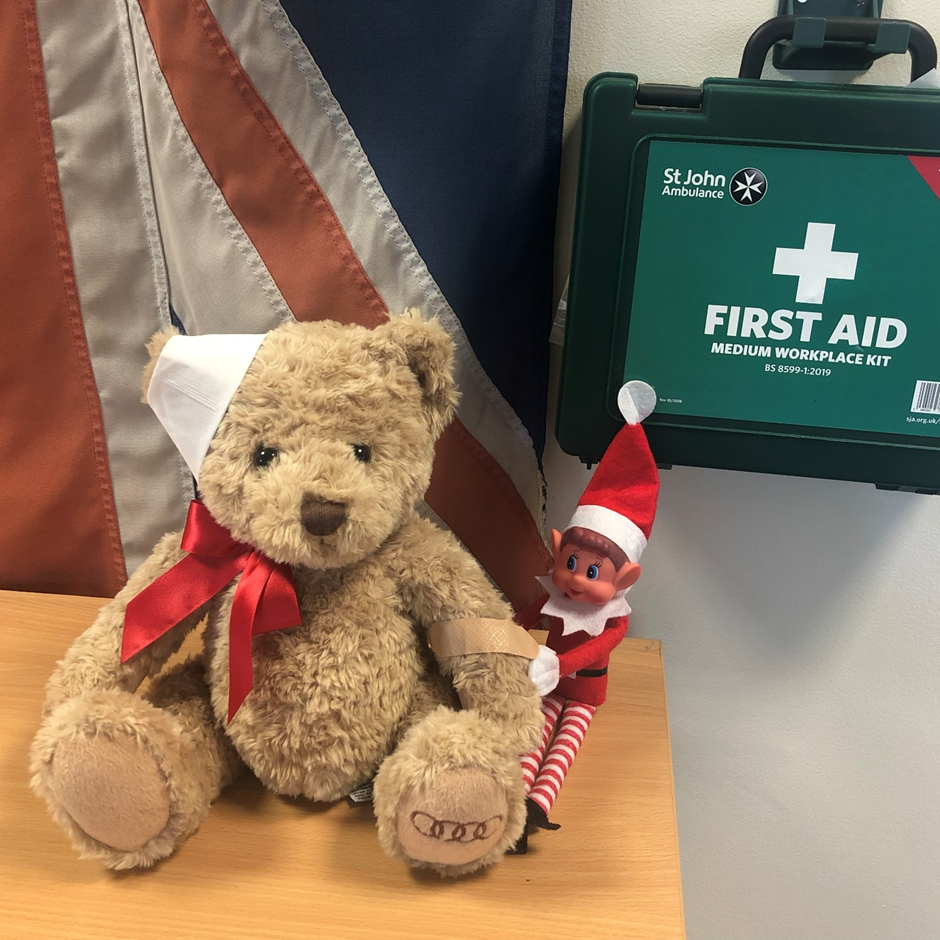 A new girlfriend and a new car – a great day for Elf! Looks like they’ve been out doing their Christmas shopping… Is Elf giving or receiving this snazzy present? Decide for yourself! 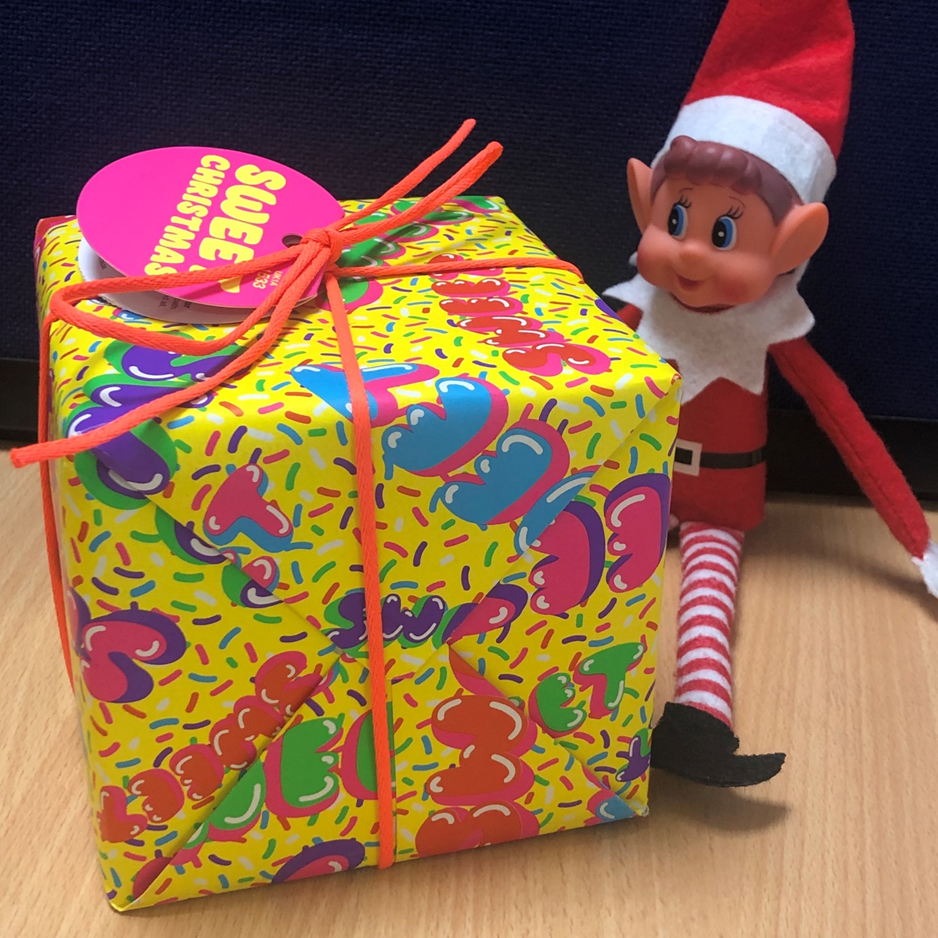 Elf joined us for our staff meal – so we took an ‘elfie’! It’s been a tiring month of pranks and office fun! Seems only fair to have a relaxing spa day... 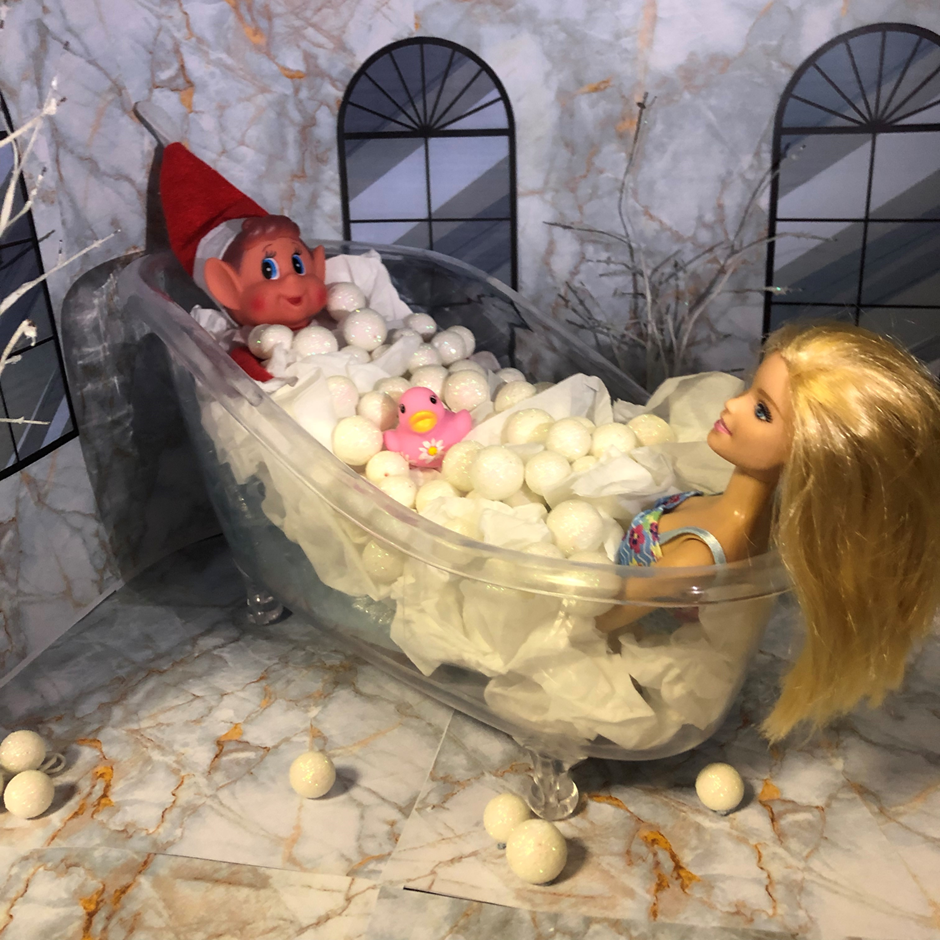 Always remember to check your surroundings for.. elves?? What’s this? A REAL reindeer in the office? Must be getting closer to Christmas with all this festive magic around! Winter? Not here! Elf has spent a well-earned day off lounging around the pool. Not sure what's happening here.. let's move on... We found Elf writing a Naughty List to take back to Santa! And just like that, he's gone! No doubt we'll see him again next year for more adventures. Thanks for visiting, Elf!! Whether it’s your weekly grocery shop, reducing your utility bills or looking for a weekend take-away delivered to your door, Priority Club has a deal to save you money!